The Thymio is a small robot which will allow you to discover the universe of robotics and learn a robot’s language. You will be able to program it and carry out numerous experiments. With Thymio, the basics of robotics and programming become notions everyone can discover, whatever their age.

Visual programming is a component of Aseba. It has been specially designed to make programming Thymio easier by visually assembling event and action blocks.

Asebascratch is a software link between Scratch 2 and the Thymio-II robot, with which one can drive (teleoperate) the Thymio-II using programs written in Scratch 2. Its development is in progress.

Aseba Studio is a component of Aseba designed to program robots such as Thymio through text. It allows a higher level of control than visual programming. 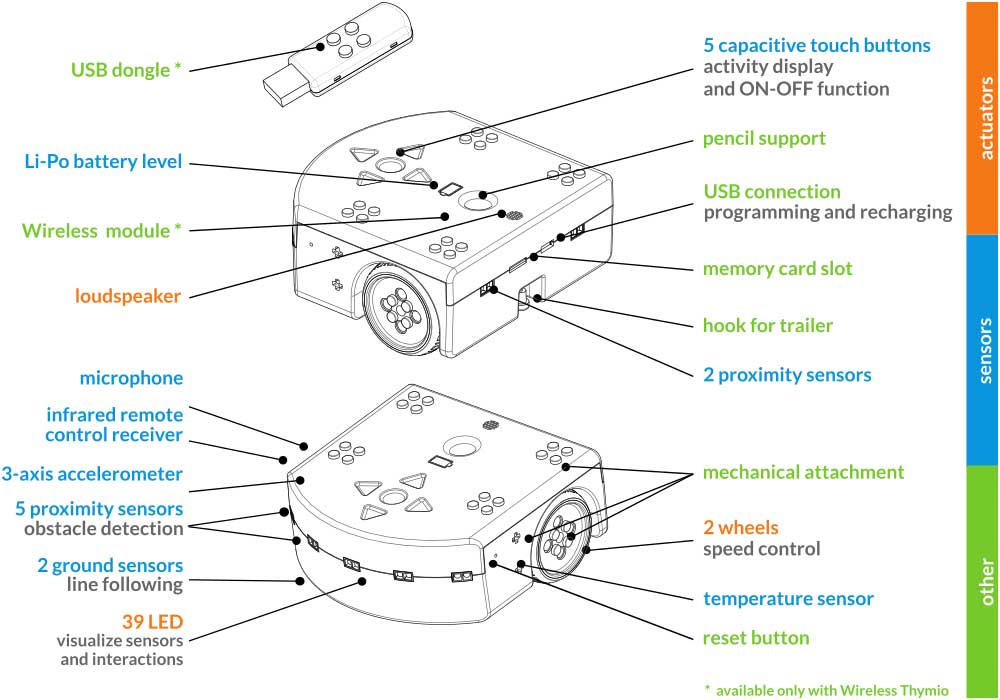 ■  Thymio II robot on a ball