16 in stock (can be backordered)

The PixyCam2.1 is a fast vision sensor for DIY robotics and similar applications. It is an improved version of PixyCam2, which includes:

And, everything else about PixyCam 2.1 is the same — software, firmware and feature set. PixyCam 2.1 is slightly larger, however, adding 0.25 inches to the height and depth of the camera versus PixyCam 2.

Pixy2.1 processes an entire image frame every 1/60th of a second (16.7 milliseconds). This means that you get a complete update of all detected objects’ positions every 16.7 ms. At this rate, tracking the path of falling/bouncing ball is possible. (A ball traveling at 40 mph moves less than a foot in 16.7 ms.) If your robot is performing line following, your robot will typically move a small fraction of an inch between frames. 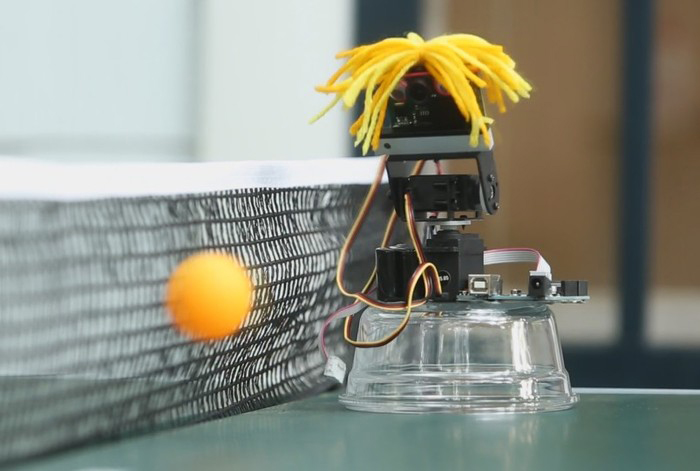 Pixy2.1 uses a color-based filtering algorithm to detect objects called the Color Connected Components (CCC) algorithm. It calculates the color (hue) and saturation of each RGB pixel from the image sensor and uses these as the primary filtering parameters. The hue of an object remains largely unchanged with changes in lighting and exposure.

The CCC algorithm remembers up to 7 different color signatures, which means that if you have 7 different objects with unique colors, Pixy2.1’s color filtering algorithm will have no problem identifying them. If you need more than seven, you can use color codes.

Pixy2.1 can find literally hundreds of objects at a time. It uses a connected components algorithm to determine where one object begins and another ends.

PixyMon is an application that runs on Windows, MacOs and Linux. It allows you to see what Pixy2.1 sees, either as raw or processed video. It also allows you to configure your Pixy2.1, set the output port and manage color signatures. PixyMon communicates with Pixy2.1 over a standard mini USB cable. 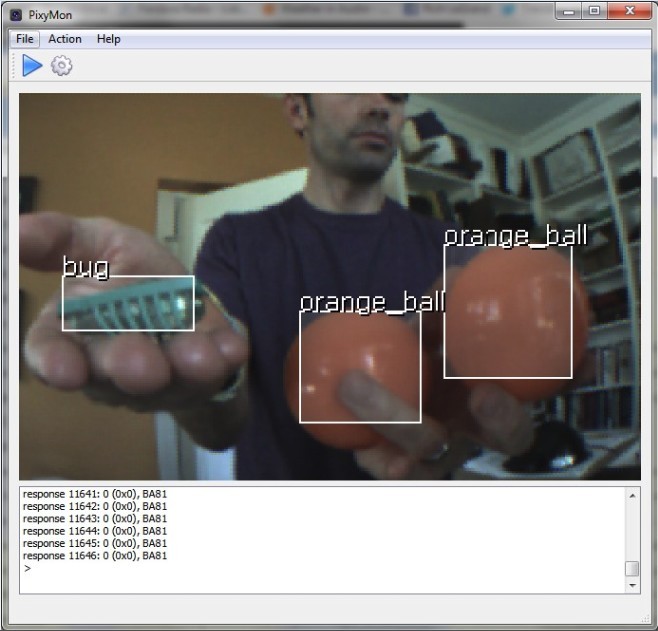 Pixy2.1 tells your program that it has detected an intersection ahead, how many branches are in the intersection and the angles of each branch. Your program can then decide which branch it wants to take and then communicate it to Pixy2.1. It will then make the branch its new Vector line, and your robot will in essence “take the branch” by following the new Vector’s direction.