Pixy is a fast vision sensor for DIY robotics and similar applications. You can teach Pixy an object just by pressing a button. PixyCam LEGO is identical to regular PixyCam, except for special LEGO-compatible firmware and cable. With the PixyCam LEGO, users can give their LEGO Mindstorms creation the ability to see objects by using the custom firmware that speaks the LEGO sensor protocol. A special cable is provided that plugs directly into the LEGO controller brick. (Lego not included in the package)

Pixy processes an entire 640×400 image frame every 1/50th of a second (20 milliseconds). This means that you get a complete update of all detected objects’ positions every 20ms. At this rate, tracking the path of falling/bouncing ball is possible. (A ball traveling at 30 mph moves less than a foot in 20ms). 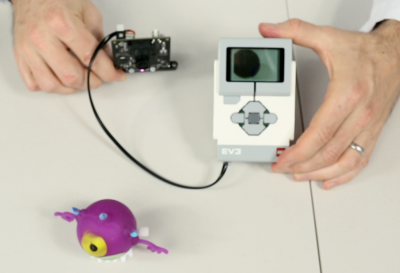 Pixy uses a color-based filtering algorithm to detect objects. Most of us are familiar with RGB (red, green, and blue) to represent colors. Pixy calculates the color (hue) and saturation of each RGB pixel from the image sensor and uses these as the primary filtering parameters. Pixy remembers up to 7 different color signatures, which means that if you have 7 different objects with unique colors, Pixy’s color filtering algorithm will have no problem identifying them. If you need more than seven, you can use color codes.

PixyMon is an application that runs on Windows, MacOs and Linux. It allows you to see what Pixy sees, either as raw or processed video. It also allows you to configure your Pixy, set the output port and manage color signatures. PixyMon communicates with Pixy over a standard mini USB cable. PixyMon is great for debugging your application. 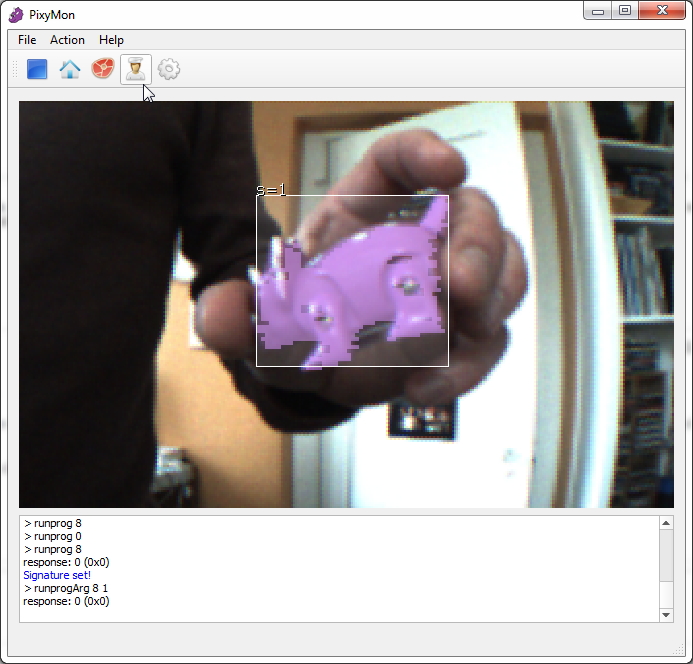 Pixy can easily connect to lots of different controllers because it supports several interface options (UART serial, SPI, I2C, USB, or digital/analog output), but Pixy began its life talking to Arduinos. Over the last several months support for Arduino Due, Raspberry Pi and BeagleBone Black have been added. 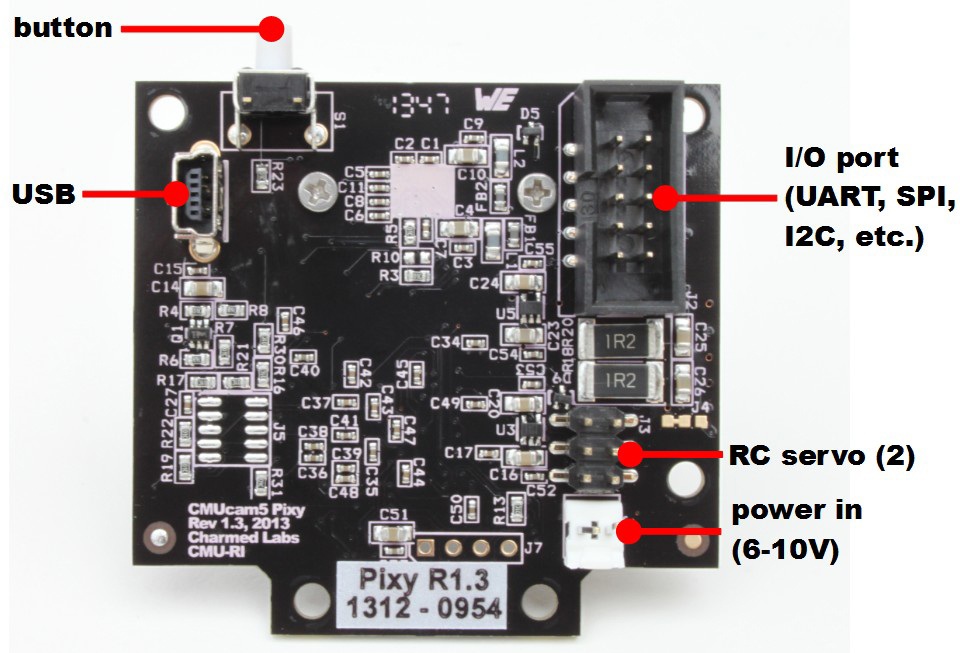