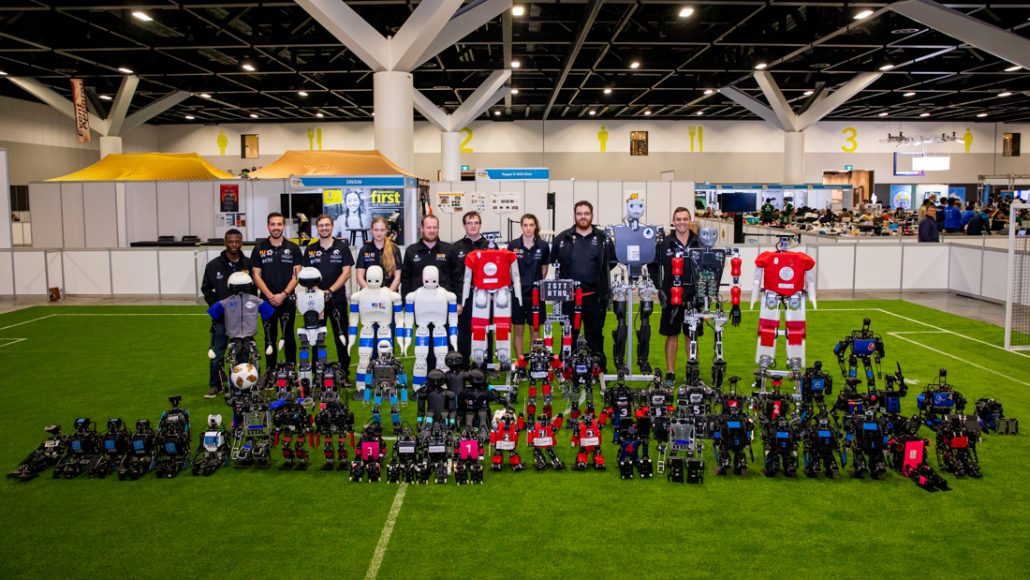 Tribotix have been proud sponsors of the NUBots since they joined the Humanoid League in 2012.

The NUBots, from the University of Newcastle Australia, started competing in RoboCup in 2002 in the Standard Platform League (SPL) with the Sony Aibo. Whilst using the Sony Aibo’s the NUBots finished in the top 3 in the world from 2002~2007, and were World Champions in 2006. In 2008 the Standard Platform League starting using the Aldebaran Nao’s and the NUBots were the first World Champions in 2008 in a joint team with the National University of Maynooth in Ireland.

The NUBots entered RoboCup 2019 in Sydney, Australia, hoping to improve on their 3rd place at RoboCup 2018 that was held in Montreal, Canada.

The Round Robin or Group Stage part of the competition started with the NUBots being drawn in Group B. Their first result was a 0-0 draw against RoboFEI from Brazil, this was followed by a 2-0 loss to RO:BIT from South Korea and then by a 2-0 loss to MRL HSL from Iran. The NUBots were then forced into a Penalty Shootout with RoboFEI to determine how would finish 3rd in the Group B, and the NUBots won this Penalty Shootout 3-0.

In the Quarter-Finals, the NUBots were facing Ichiro Teen Size from Indonesia and went down 4-0. So unfortunately the NUBots bowed out of the competition as Quarter-Finalists. Group B ended up being a tough Group to be drawn in with the 2nd and 3rd placed teams finishing above the NUBots in the Group.

During the competition, the NUBots robots had had some hardware/computing issues, and their walking gait just wasn’t fast enough to be competitive against the better teams.  These issues, whilst disappointing, are part of the competition and part of the learning curve for the team members. The NUBots will go away, a little disappointed, but with aspirations to make improvements for RoboCup 2020 that will be held in Bordeaux, France.

Below are some of the pictures that were taken during the event, Au revoir …. the NUBots will see everyone again in France next year. 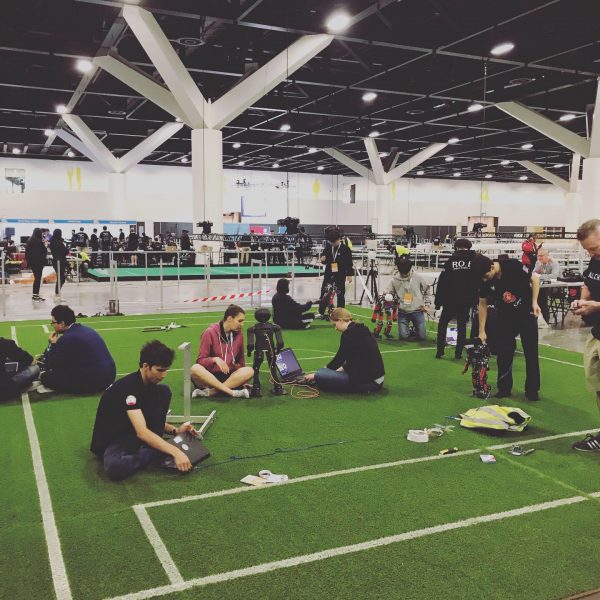 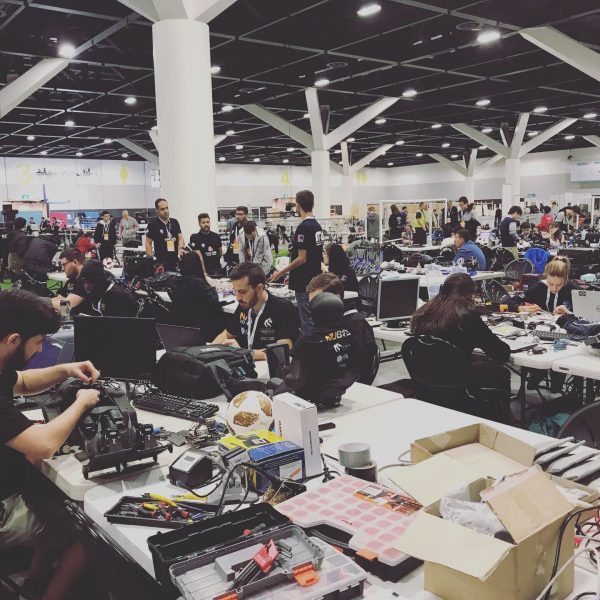 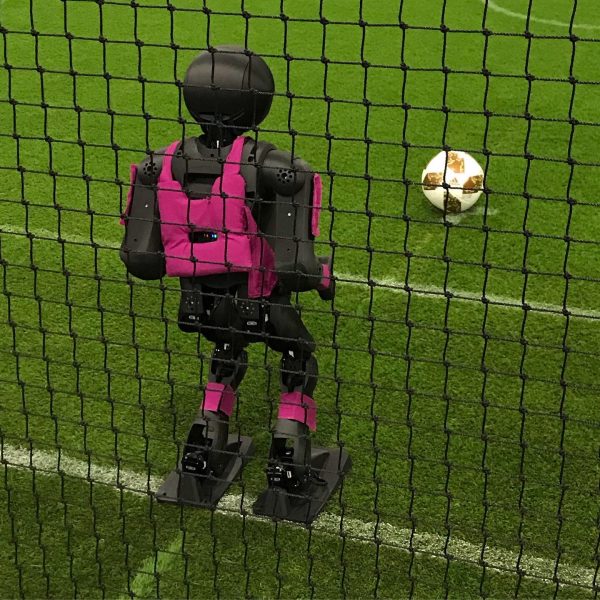 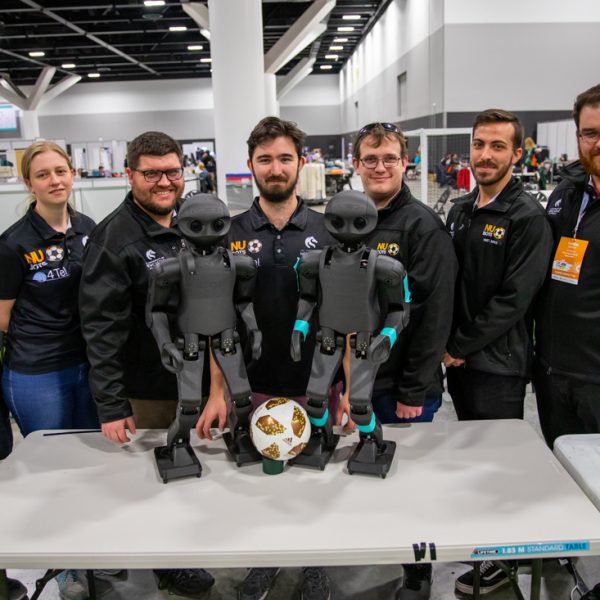 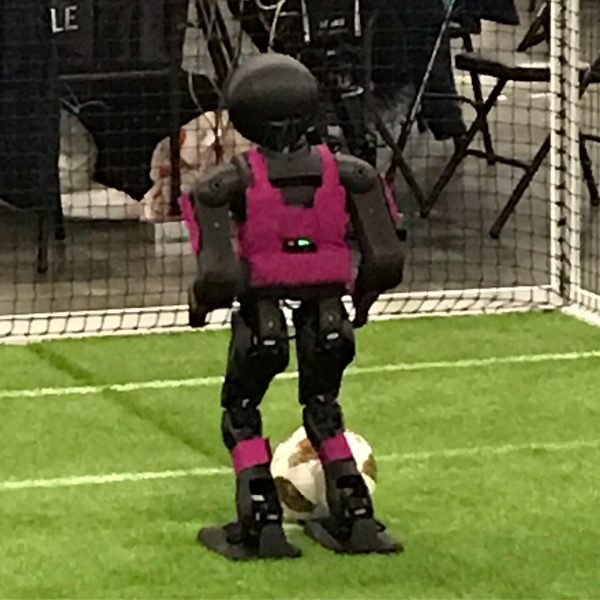 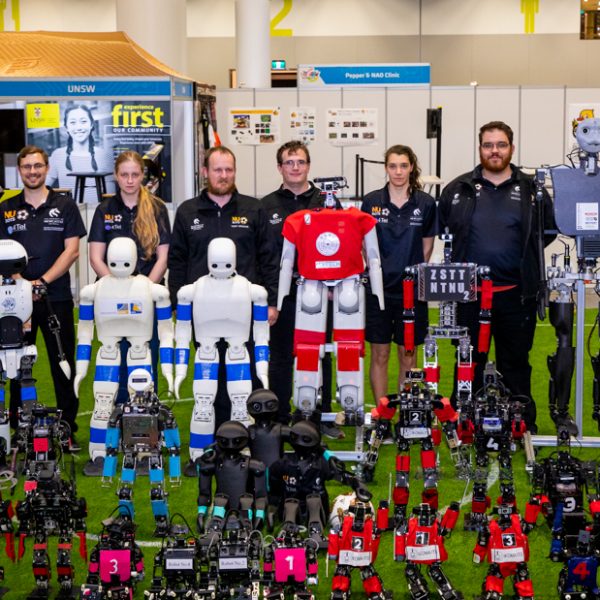